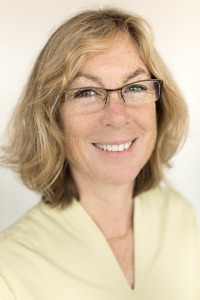 Dr. Claire Ellis runs her own consulting company focussing on strategic projects as well as those requiring a focused analysis to find the best path forward. She specialises in stakeholder facilitation and strategic management advice for Boards, businesses, and destinations.

Claire is passionate about supporting continual improvement and is active in several Boards at national and state levels, particularly focussing on nature-based tourism, regional and community resilience, and the role of volunteering.

Prior to consulting, Claire was Director, Infrastructure and Industry Development, at Tourism Tasmania, and oversaw a number of key areas of work including growing the capacity of Tasmania’s tourism industry in the digital environment. Claire has also been Chair of the National Long Term Tourism Strategy’s Destination Management Planning Working Group. During her six years in Tourism Tasmania Claire has worked closely with key projects including the selection and development of the Three Capes Track.

Claire grew up in Tasmania but also spent 14 years living and working overseas, mostly in Indonesia, Vietnam, China, USA, and within Australia in Perth, Darwin and Canberra as well as Tasmania. During this time Claire started and ran her own tourism business; a charter expedition cruise ship company traveling to remote little-visited locations in Eastern Indonesia and specialising in local culture and the marine environment.

She also spent nearly three years working for the Indonesian office of the World Wide Fund for Nature, worked as a cruise lecturer for many different organisations through most of Australia as well as Indonesia, has owned and operated a small shore expedition company in Australia, and worked extensively as a consultant mostly in tourism.